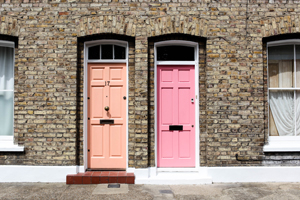 Neighbourly disagreements are a part of life and for the most part it makes sense just to shrug them off, as long as they’re fairly minor and/or only occasional.

Sometimes, however, minor disputes can spiral to the point where they can create a meaningful rift between neighbours and, in the worst instances, can reach a point where they have to be declared to potential home buyers and hence can impact a property’s sale value (or indeed render it un-sellable).

With that in mind, here are some tips on dealing with neighbourly disputes.

Going straight to angry notes (or worse, lawyers’ letters) can make a situation worse instead of better. It can just make your neighbour angry and hence encourage them to continue in their behaviour, they might even “up the ante” to show you they won’t be “bullied” (as they see it).

Having a polite conversation, however, can diffuse a lot of issues, especially if you make a sincere effort to understand your neighbour’s point of view.

Civil Mediation is essentially when two (or more) neighbours agree to try to resolve their differences with the help of a third party, the mediator.

The mediator’s goal is to facilitate a conversation between the two parties and guide them to a solution which is acceptable to both of them. That does not necessarily mean that both parties will get everything they want.

It means that, if the mediation is a success, both parties will get enough of what they want to be happy with the result. 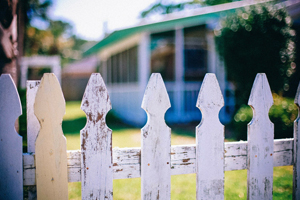 Mediators are not judges and cannot impose solutions, but the result of the mediation can then be transposed into a legally-binding contract if both parties so choose.

This may, however, turn out to be an unnecessary extra expense. The fact of the matter is that if two people enter into mediation in good faith and agree on an outcome, there is a good chance that they will both stick to it.

Even if they don’t, if the matter could actually be covered under civil law, e.g. a boundary dispute, you would still have the option to get a lawyer involved at a later date if it became necessary.

The benefits of civil mediation

The most obvious benefit of mediation is that it moves the dispute forward without the expense of getting lawyers involved. An added bonus is that, from a legal perspective, the matter can be genuinely said to have been resolved amicably between the parties involved and hence should not be an issue if you later wish to sell your house.

The limitations of civil mediation

As its name suggests, civil mediation is a means of resolving neighbourly disputes.  It is not intended for use in situations in which one person is committing a crime, e.g. harassment, which is a matter for the police.

If you require any further specific information, in regards to Civil Mediation please contact our mediation specialists who will be happy to answer any of your questions. Get in touch via phone, email or through our contact form.

In light of the implementation of the General Data Protection Regulation 2018 which comes into effect on 25 May 2018, we have revised our approach as to how we collect, use, secure and retain your personal data.

Going to mediation really helped my situation and sorted things out, I believe in a much quicker and easier way. The mediators I dealt with were very helpful in the sense of giving us all the information and making sure we understood clearly before making any decisions by ourselves

This year Family Mediation Week is taking place from the 18th to the 22nd January 2021. The aim of...

For those in self-isolation, family and friends are a life line often sourcing and delivering essential items, medicine and...

In light of the Government’s update on COVID-19 on the 4th January 2021, we can confirm we continue to...